A small apartment with a thousand ideas 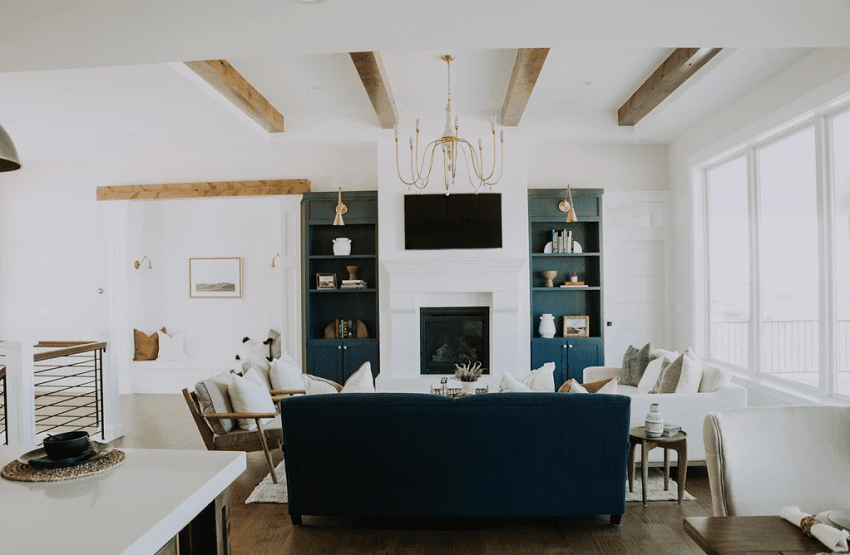 22 Nov A small apartment with a thousand ideas

The tenants of this flat in Vitoria decided to buy it and they were not wrong. It is small, but they manage to get all the potential out of it and fill it with light. Don’t miss the video!

A 65 M2 Apartment Full Of Ideas

After several years of living in this apartment for rent, the couple who lived in it decided to buy it and transform it into the home of their dreams. Let’s see the whole process!

They Bought And Transformed Their Rental Apartment

It is a relatively small flat, but they knew that it had potential and that they could transform it into a home that would last for many years. They turned to the Martinez Elorza Arquitectura Interior studio and they were not wrong.

The United The Day Zone

Where to start? The first thing was to remove all the partitions to unite the living room, the dining room, and the kitchen, creating a single 27-meter space that gives a lot of play. The key was to install a large window that separates the kitchen without losing natural light or a feeling of spaciousness.

A Sliding Door With A Trick

The best? “It is a sliding door, but its leaves move independently and allow different configurations to be created”, comment Elisa and Odone. To give decorative continuity to the living room and the kitchen, they used the same shades and the same linen blinds on both windows. The interior designers used a neutral and pale base both in the painting and in the main furniture (sofa, bookcase…), with touches of tile, mustard, and green in the fabrics and cushions. The result could not be brighter and more welcoming.

A White Kitchen To Make It Look Bigger

They chose elegant kitchen furniture with a classic look, lacquered in white, which integrates well with the living room. In the deco, you can see small touches of wood, also on the parquet floor, and green, both in plants and in objects on the countertop. A very natural look!

Rope And Rattan In The Details

The only point of contrast? “The lamps of the bar, which are covered in rope and go with the rattan stools and their iron legs”, they explain from the studio responsible for this reform.

The Dining Room, With an Extendable Table

And if they have visitors, they use the wooden table, which is extendable, and on a day-to-day basis, they sit at the high bar with their back to the room. Everything is designed to make the most of all the possibilities that the apartment has and this is an example of it.

The Trick So That Light Reaches The Hall

The hall is small and thanks to the glass slide it has gained light. And the less ornate, the better: it has an industrial-style sideboard, with metal and wood, with decorative elements such as plants, a demijohn and a candle, a simple painting, and an accessory to leave the keys.

A Hallway With Mirrors. It Looks Bigger!

The hallway has been spectacular. They delimited it with white moldings on the ceiling –just like the carpentry– to frame the space and give it a plus of elegance. To one side there is a large cupboard to store the washer and dryer. And the doors have mirror fronts. The prize for so much ingenuity? The space grew and the light multiplied.

A Laundry Room In The Hall

As we have seen, the corridor is very well used with several cabinets with mirrored doors. And behind these doors are hidden surprises, like this laundry room, with a washer and dryer. This way you will save space in other rooms such as the bathroom or the kitchen.

A Bedroom That Conveys Freshness And Serenity

The same tones of the decoration of the day area are found in the bedroom, which conveys lightness, freshness, and serenity. “We chose an upholstered headboard and a bed with a folding canopy, perfect for gaining storage,” add the interior designers. in detail? Black sconces: “give personality and a modern touch.”

A Small Bathroom With Wallpaper

At the other end of the floor, there is a small office, a closet, a pantry, and a very useful mini bathroom. Future wishes have also been taken into account here: “The shower screen folds completely, so if they have children they can fit a portable bathtub,” they explain. To give the bathroom personality, they used an original floral wallpaper and optimized the meters with a narrow but effective double shelf. “In the wooden one we support a rectangular sink and the one below, lacquered in white, is used to leave towels and baskets”, point out the interior designers.

Elisa Martínez and Odone Elorza, from the Martínez Elorza Studio, are the professionals responsible for this reform, in which they knew how to take advantage of every last millimeter, with modern solutions and original proposals.