How to replace deck railing? Step by step quick guideline 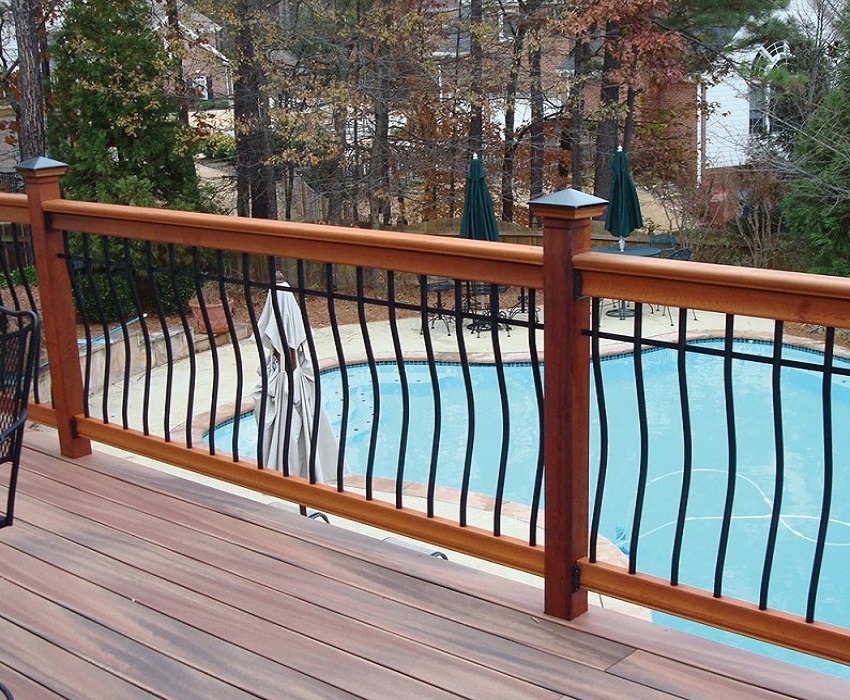 Posted at 12:19h in Interior Design by Dexter Friend 0 Comments
1 Like

If well maintained, the railings can last for decades, but very often, they are exposed to atmospheric agents that corrode the metal and favor the appearance of rust. In these circumstances, it is too late to repair the damage and the only solution remains to remove it and replace it with a new one. Suppose we have to replace a deck railing because it looks rusty or has parts missing due to corrosion. The operation is not difficult enough to remove the old one and position the new one using different methods. About that, here is a guide on how to replace deck railing quickly and easily.

Steps to replace a deck railing

The railing of a deck is generally fixed to the external wall on the two sides of the wall with concrete and the two sides directly on the deck floor, so the first operation to remove it is to cut off all the anchor points using a grinder. Angular, to completely remove the existing railing and make room for the new one. Alternatively, we can also avoid cutting the anchor points by extracting them from the wall and floor. In this case, it would be necessary to dig lightly with a hammer drill in the concrete to allow easier extraction of the railing from the wall.

At this point, placing the new railing directly on the flooring, and blocking it perhaps in several points with clamps to be able to drill at least three holes on the right and left side, and another four or five in the central part, we have reached the half target. Having detected the signs, we can disassemble the clamps and put the new railing aside, then insert the specific plastic plugs for the Fischer, of the length we have established, into each of the holes.

At this point, we just have to reposition the new railing, and one by one, insert the screws in the plugs above, screwing them by hand with the screwdriver or with a screwdriver. To finish the job, we keep the side parts adhering to the deck compartment wall tied to the latter with mortar and cement so that once solidified. They guarantee a safe and lasting grip. Obviously, in advance of the new railing, we have purposely left it longer in the part that must be inserted in the walls above, thus making holes in the wall’s respective sides.

Another very quick and practical method to replace the railing of a deck is certainly to cut it. Therefore, leave the original anchor points on the upper and lower part of the sidewalls and the same also in the corners protruding towards the outside. After ensuring that these points can guarantee us an excellent seal, just position the new railing and use them just as anchor points, fixing them with a voltaic arc welding machine. This option is certainly faster as it allows us, compared to the first, to obtain the maximum result with the minimum effort, and at the same time, also guaranteeing good safety.

Once we have the railing installed, let’s clean up the area and make sure it doesn’t move. We tighten any screws, nuts, and bolts that may be loose. Do not do the work alone.